Pinar Durgun
Oct 26, 2020
FULL CIRCLE
In Entry Path
Why have I become an archaeologist? It was in the soil and water. Or at least that is what I like to think. I grew up in Antalya, a city in southern Turkey on the Mediterranean coast. Originally called Attalia, after Attolios the II, the city was an important Hellenistic and Roman center. As a child, I was surrounded with ancient structures like Hadrian's gate downtown, ancient cities with great beaches like Patara and Side, and stone tombs rising over the Mediterranean sea like in Kaş. I am forever indebted to my parents that they took us to these sites on the weekends to stroll around and explore. My mom is more to blame for my passion for the ancient world and museums, as she was the one who took me to drawing lessons in Antalya Museum and who bought me National Geographic magazines and documentaries. I had been saying that I wanted to be an archaeologist since I knew what archaeology was. Indiana Jones was not the reason as most people assume. I had not seen Indiana Jones until I was in high school. I believe my fascination with ancient people started when I walked the streets they walked and learned how they buried their dead. Seven year old me sitting on a Roman sarcophagus lid that decorated the entrance of one of the parks in Antalya/Turkey. Even though I was reading whatever archaeology book I could get my hands on, watching documentaries on DVD (I guess I am old!), and visiting archaeological sites around western Turkey during the summer, I did not meet an actual archaeologist until I started my undergraduate studies in the Archaeology Department at Bilkent University/Ankara. Archaeology seemed like fantasy until I went to my first excavation at Kinet Höyük in Hatay. There, I had the opportunity to illustrate ceramics, excavate, and sort animal bones. I fell in love with mud brick architecture and bones at Kinet, but my deep interest in the Early Bronze Age (3000-2000 BC) started when I worked at Hacımusalar, a site in Antalya. Full circle, back to where I started from. On the slope of the Hacımusalar mound, we found an Early Bronze Age food preparation area, mud brick walls, and a jar burial of a baby, which I was fortunate to illustrate. This is when I knew I had to study mortuary archaeology. Hacımusalar Höyük, excavating and illustrating the baby burial in a jar. After a Master's in Anatolian Civilizations and Cultural Heritage Management at Koç University/Istanbul, where I spent more time visiting museums, archaeological sites, cemeteries, mosques, and old neighborhoods of Istanbul than studying for the GRE, I got into Brown University thanks to a generous Fulbright fellowship. I recently finished my PhD at Joukowsky Institute for Archaeology and the Ancient World, where I wrote my dissertation on Anatolian Bronze Age cemeteries. Now I publish about death in burial in the Ancient Near East, not only in academic platforms but also in popular venues to show that death is something that transgresses temporal, geographical, religious, and cultural differences. During my doctoral studies, I worked in museums as I was interested in sharing my excitement about the ancient world with others. I interned and worked at Penn Museum, Brown University’s Haffenreffer Museum, and John Brown House Museum in curatorial and educational capacities. I spent a lot of time teaching in the galleries of the RISD Museum about death and burial through courses I taught at Brown. Being close to Boston helped; I was able to visit the Boston MFA, the Semitic Museum (now the Harvard Museum of the Ancient Near East), and Peabody Museums whenever I could. In front of a Roman sarcophagus from Dokimeion/Turkey, on display at RISD Museum, Providence Rhode Island. Recently I finished my fellowship at the Metropolitan Museum of Art, where I conducted research on the ancient Anatolian collection. I am very lucky to have had the opportunity to work in the field, in classrooms, and in museums learning and teaching about ancient people, their lives, and deaths. I don’t know where my journey from the archaeological sites in hot Antalya to the cool storage rooms and galleries at the Met will take me next. Studying the Early Bronze Age gold ewer from central Anatolia in the Met collection. The path is less direct and more bumpy than I can fit in this page, so I am happy to talk to any of you about my experiences if you are interested in a similar path. If I can give one advice, it is reaching out to people whose path you find interesting. Meeting an actual archaeologist, Egyptologist, or Assyriologist can help you in making your career/school decisions. So, if any of the things I talked about here seem interesting, please feel free to reach out! Here is my website: https://pinardurgunpd.wixsite.com/pinardurgun 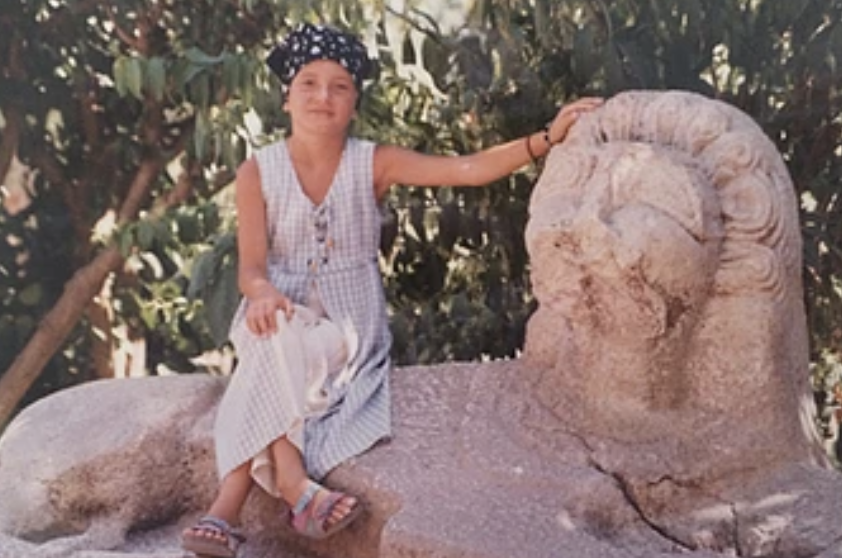